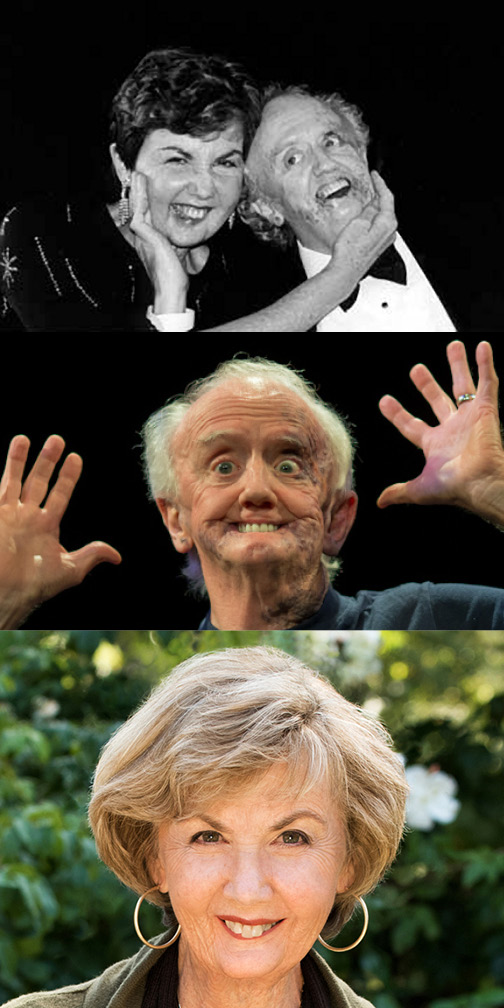 Having been blessed with disease and disfigurement that allowed them to get a jump on aging, humorist David Roche and Terri Tate, feel qualified to advise their peers who are now catching up with them!  In casual conversation, Terri and David will share their hard-won wisdom on changing appearance and bodily functions, eating problems, facing death and sex or lack thereof.  Come and have your deepest questions answered to east the adjustment and delight in your dotage.

TICKET NOTE: For any tickets purchased online, you’ll receive an email receipt. No tickets will be sent. Names will be on a Will-Call list at the door!

David Roche, an iconic pioneer in disability culture, has appeared from New Zealand to Moscow to the UK, across Canada and the US (including the White House and Kennedy Center) as a comedian, solo performer, actor, filmmaker, author and storytelling coach. He is featured in the NFB’s film Shameless, is an author (The Church of 80% Sincerity) and has embarked on a new culturejamming project, “The David Roche School of Beauty,” which will endeavour to radically change the world’s standards of beauty. David and his wife, Marlena Blavin, recently completed Love at Second Sight, which was shot at Mill Valley Middle School. More at loveatsecondsight.org and davidroche.com.

Terri Tate, RN, MS, is a speaker, storyteller, and author whose life and voice were threatened by two bouts of oral cancer from which she had a 2% chance of survival. But her sense of humor was never in danger. Terri offers customized keynotes, workshops, and webinars. Audiences across the country are moved to laughter, tears, and standing ovations by her powerful performances. Terri teaches storytelling classes that emphasize healing, comfort in speaking and building the humor muscle. Her individual coaching practice emphasizes self-love, gratitude and acceptance. Terri’s memoir, A Crooked Smile, with a foreword by Anne Lamott, was published by Sounds True 1/1/2016.